What is the Raid Pyrenees (Pyrenean)

I recently rode the across the French Pyrenees as part of an organised tour group. Going into the ride, I wasn’t sure what to expect, whether I’d be able to complete it, what to take and what it would feel like.

In this post I aim to help first time riders taking on the Raid Pyrenees route get more of a feeling for it.

And I’ll share a novel way to get rid of saddle sores, along with some other essential top tips, so read to the end for those. Or just scroll there now… 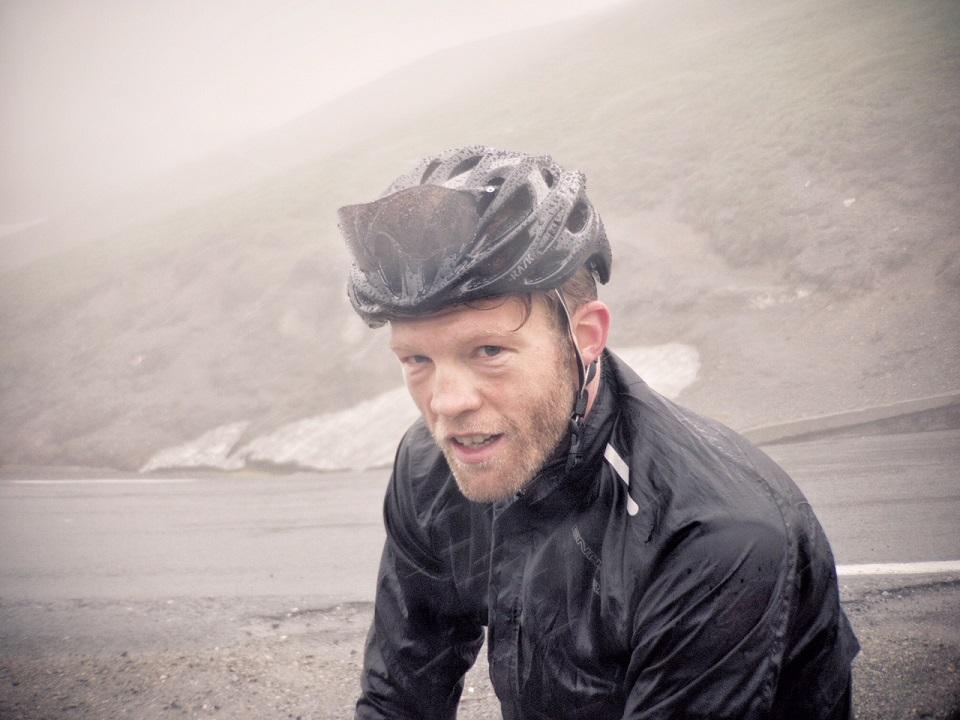 It was raining, 3 degrees and not pleasant. Photo credit: www.maartennoordijk.nl, who was cycling with us.

Let’s set the record straight to start with…

Photo credit: www.maartennoordijk.nl, who was cycling with us.

It’s not the only way to do it…

Most Raid Pyrenees tours nowadays take anywhere from 5 to 7 days to complete a similar route, often making detours from the original to cover some of the other large cols in the area.

I personally rode the Raid Pyrenees in June 2018 with Stuart Hall cycling who offer a 6 day package, fully supported, including stays in hotels, half board (bed, breakfast, lunch on the road & dinner) support vehicles and mechanical support along the route.

I had a great time and thought the organisation and staff running the trip were incredibly supportive and helpful. I’d highly recommend a trip with Stuart Hall.

Which Cols do you Tackle?

The route, as you can tell by the name, is directly across the Pyrenees. This means taking on some of the toughest and largest cols (mountain passes) in the area, some of which include:

There are signs at the bottom of the climbs with the key info.

To put it simply, it’s very tough. It will depend on the exact route you take, but here are some stats from my tracked routes on Strava:

There is a lot of climbing in the first 4 days. Day 5 had a couple of large climbs, and Day 6 was a lot of downhill. We even took on a 40km descent…That was incredible and incredibly fast.

My fastest ever 40km

Here is a shot from my Strava summary to show you. There were a few extra KMs because I forgot to start my Garmin a few times.

Off the scale riding…

I officially rated all the rides “Off the scale!”, this is not an actual score you get can on Sufferfest…Or maybe I’m just not suffering enough?

There were a couple of uphill bits but nothing major, mainly downhill.

What Should you Bring?

Photo Credit: www.maartennoordijk.nl who was riding with us

We were given a kit list of items to bring which was very helpful in making sure we had everything. I would definitely highlight a few key items because the weather can change dramatically.

Photo Credit: www.maartennoordijk.nl who was riding with us.

How to get to the Raid Pyrenees

I flew into Toulouse airport on a Friday morning and was picked up. Everyone came in around the same time and the transfers were included with the cost of the package.

We then drove down to Hendaye for the start. This took around 3-3.5 hours.

At the end of the trip, we were transported back to Toulouse airport to fly home on the Saturday after having finished day 6 riding on the Friday. Depending on who you are travelling with will depend on the schedule.

Accommodation during the Raid Pyrenees

Here is a list of the towns that we stayed in along the route. These places seem to be pretty commonly used because each day we would see the other tour companies in the towns.

How it felt for me…

To give you a bit of background, I’d same I’m an OK cyclist. I have been cycling on and off for 5 years now. Here are some stats to give you an estimate of my level:

I’d say that my strengths are on the flats because of my weight. I’ve got pretty good power, but also a little heavy for the hills. I also have a history of playing sports which are more explosive so I’d say I’m better, relatively speaking, at shorter more intense efforts than long drags.

My cycling ability in numbers

It can be wet and wild…

The first day was hard, there were some brutal climbs and my legs were not used to it. You can’t really train for those really long climbs when you live in the UK.

The best I had to train with were the Surrey Hills, which aren’t bad but they are short and sharp rather than long. Day 1 certainly took a bit out of my legs.

As I continued through the days, my legs become more and more sore. I also got some saddle

sores. It got to the point where I couldn’t get my heart rate above around 140-150 because my legs would not pedal any faster.

I found that I really needed to maintain good form and a consistent effort to get up the hills.

Stuart Hall was on the trip with us and he had a really good saying:

Pedal yourself into trouble and push yourself out of it.

This basically means keep your cadence high when you are on the hill for as long as you can, then in the last 1-2 km you can use more force with a lower cadence to get you over the top of it.

I tried it and it worked very well. It’s more the style of Chris Froome. Aiming to keep the cadence around 90rpm instead of around 70 which I used to.

Across the finish line

After about day 3 I was really starting to feel it. It seemed to be getting worse and I felt very uncomfortable sitting on the saddle.

It was raining a lot…Photo Credit: www.maartennoordijk.nl who was riding with us.

After speaking to Stuart and a couple of the other guys, as you do after a long days ride with a beer in hand I casually mentioned it to them. I was reliably informed that I should “get some Listerine, the one with alcohol in it, rub it on let it dry and then use some antiseptic cream. It’ll feel like new in the morning.”

So off I went to the chemist and bought the above. I then applied it and the next morning I felt a lot better. Definitely works.

Hopefully that has been helpful to some of you who are thinking about taking on the Raid Pyrenees. Drop me a message if you have any questions and I’ll be happy to help.

Sunset on the last day in Cerbere