Habit Hacking – Level up Your Life…

Not all habits are created equal…Some are healthy and helpful, others not.

Imagine that you could set whatever habits you liked…good, healthy and helpful ones.

Well today I’m going share a tried and tested strategy to hack your habits and take back control. 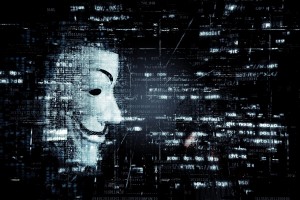 But first, a short story…

I was on my way to work one morning. I’d got the central line from Mile End to Chancery Lane. This wasn’t my usual commute. I normally rode my bike but it was December and the weather was cold, rainy and a little icy.

I came up from the tube and it hit me. The fresh smell of coffee and freshly cooked croissants…

I was hungry because I hadn’t had breakfast. The change of routine from riding my bike to taking the tube had left me short for time so I’d left without my staple of porridge oats with fruit.

I couldn’t resist the temptation. 2 mins later and I was in the Sainsbury’s local buying 2 croissants for 79p…And yes, they were delicious!

The funny thing is that the very next time I caught the tube to work, I wanted to do the same thing. That innocent first trip to Sainsbury’s for a ‘one off‘ morning treat had been the start of a new habit.

One which was NOT helpful or healthy.

And because the shop was so close to work it was incredibly tempting to pop in on the way by. The association of going to work on the tube and getting croissants was formed.

We are creatures of habit. It doesn’t matter whether it’s a helpful one or not. Especially one which leads to a sugar high.

The power of forming new habits should not be underestimated. Those habits which are so hard to break.

Ask anyone who’s given up smoking how hard it is to be in the same situations they used to smoke in and resist it. Those daily routines become hard-wired into our brains.

What habits do you have…?

Think about the habits you have. From the moment you wake to the moment you go to bed. You will probably find some things you do almost on auto-pilot because you do them everyday, in the same order.

The brain is able to switch off and just do it. That’s a good thing because we have enough to think about already.

The brain wants things in auto-pilot. It’s easier that way.

So how do you form habits that you want?

I’ll cut straight to the point. The easiest way to form a new habit is to start doing that thing from the beginning.

Laying solid foundations at the start is easier than having to rebuild them when you’re not happy with them.

For example, when you move house. You’re in a new place. Everything is new. This is the perfect time to form the habits you want to have and stop the habits you don’t want.

Things like how you get to work…tube, drive, walk, run, cycle…If you have a regular takeaway night at home…Drinking on certain nights of the week after a long day at work, etc.

Scientists say that it takes 21 days to form a new habit. Once you create these new habits, they are more likely to stick.

The same can be applied to any kind of big change, such as moving home, starting a new job, etc.

So if you are making any big change like that in your life, this is great news for you. You can literally plan out the habits you want and start them from scratch.

But what if you’re not changing anything big and want to change existing habits…? Good question. And that’s what I’m going to show you how to do now..

So, we know that it’s easier to form new habits when we make a big change. But if we aren’t making a change like moving home or starting a new job, what can we do?

We can use the power of change to break old habits and allow us the opportunity to create new ones.

Here’s an example. Let’s say that I lived in London and most days I would get the tube and walk to work. And on that walk I always grab a coffee and cake from a shop I walk past. I know it’s an unhelpful habit and want to change it.

I’m not changing jobs but I want to change my habit on the way to work.

So what I do is create a new route to work. That’s the problem here. We have associated our walk along that route, past the coffee shop with grabbing a coffee and cake.

I open up Google Maps and plan out a new route where I walk a different way to work. It might be longer, but that’s ok, maybe even a bonus!

Next, I decide a date on when this is going to start and add it to my diary. Ideally it would be on a Monday morning.

Then I decide if I need anything to support my new routine. In the example above I won’t be buying a coffee and cake so I will need some good coffee for when I arrive at work and something sweet.

I’d recommend an Aeropress, with coffee beans delivered to your work from Pact along with some fruit.

That’s it. New habit to try out…Do that for 1 month and it should feel like you’ve always done it.

But let’s be honest…

There are definitely going to be times when it’s hard. In the first week you will most likely have withdrawal symptoms.

That’s why we have the fruit and coffee at work waiting for us. We know we have it, so if the thought comes up we tell ourselves that we just have to wait until we get to work.

One step at a time, one thought at a time. Just concentrate on the next step and you’ll get it done.

Habits vs Will Power

Will power is over-rated. Habits and routine are what keep you going…

In the beginning of starting something new you are motivated and your will-power is high. But it doesn’t last.

What does last are habits. Habits become such if you do them regularly. So choose the things you do regularly very carefully.

So, let’s get an action plan of what to do.

Note: Some habits we are aware of, others maybe not. See if you can become more aware of the habits you have which are both helpful and unhelpful.

That’s all for now. If you have any questions drop me a message on Facebook.