Skip to content
Awesomely Average: Don’t be THE Best, be YOUR Best

Awesomely Average: Don’t be THE Best, be YOUR Best

The exceptional and extraordinary stand out and rise to the top. That’s normal.

The athlete who has dedicated their life to running 5km in 13 minutes, the boxer that is an undefeated World champion. They are few and far between. By definition, you can only have a handful of people who are some of THE best in the World at something. 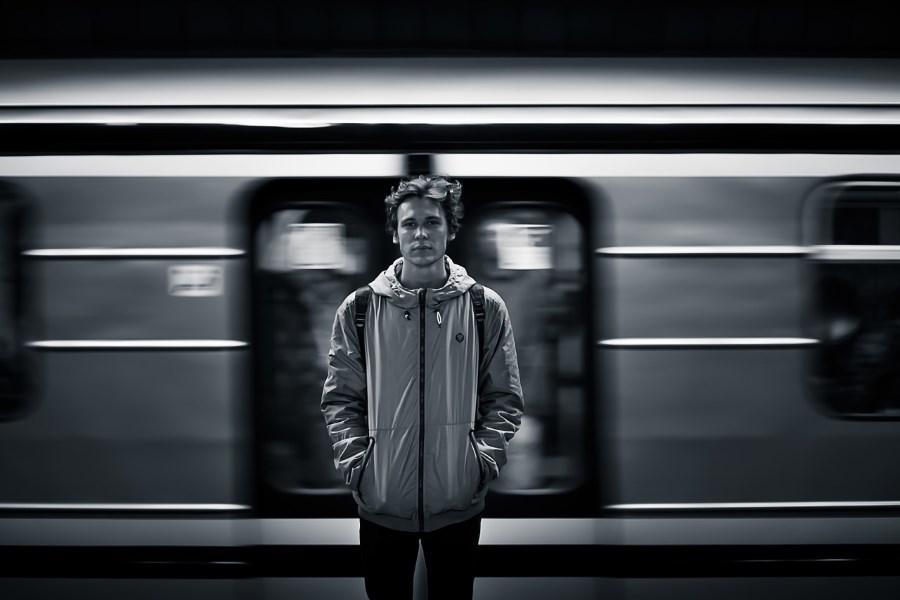 What’s not normal is how we have come to filter out all the other ways of living.

This has led to a lot of people re-defining what’s normal and in turn what their expectations of themselves are. What they think and feel they should be achieving.

Life Through a Filtered Lens

You don’t watch or even see average people doing average things on YouTube and social media. It would be boring to watch and those people wouldn’t even film it. Instead, all we see is THE best of what people are achieving from across the World.

If we take that as what everyone is doing, it’s easy to see why we could easily start to feel underwhelmed by our achievements and even see ourselves as failures.

This is true for health and fitness, career success, our level of wealth and every aspect of our lives. Only the outrageous, unusual and overly successful get published and viewed on social media platforms.

And you only get to see the tip of the iceberg. That 20 second video clip of someone triple somersaulting over a moving car has taken literally years to master and hours to choreograph to make happen. But you don’t see that.

Instead, you see one clip followed by another. Like everyone is at it.

How do you feel after watching that? Probably inspired, but maybe also a little bit average…

How many likes do you think the average 9 to 5 office worker who trains twice a week at the gym, earns £40,000 a year, gets the Tube to work and lives in a 2 bed shared flat in South West London gets on Instagram?

I’m not saying there is anything wrong with that lifestyle – actually, I’ll argue that lifestyle is pretty cool – but it’s not going to be that interesting because it’s not unique or stand out entertaining for viewers.

Aim for YOUR best, not THE best

There is too much pressure on becoming THE best and on what normal is. YouTube, Instagram and Facebook have redefined what normal is. The bar has been raised, but it’s not representative of reality.

Being THE best requires a lifetime of dedication. If that’s for you and you love it, that’s great. For the majority of us we are not prepared to make all the sacrifices required to be THE best, even if we did have the skill to achieve it.

If you look around at the people you see every day, there might be 1 or 2 people who have skills and abilities like those you see on social media. Maybe 1 or 2. Out of thousands of people you know and meet.

If you are able to be YOUR best that is a great achievement. Instead of always looking ahead, always thinking about what you need to achieve in the future, have you ever tried looking back? Looking at what you achieved in the past, how far you’ve come.

This exercise can really help boost your confidence and appreciation for what you have managed to achieve over the years.

Over the last 15+ years that I have been going to the gym, I’ve seen a noticeable improvements in girls and guys physiques. They’re stronger, leaner and fitter. They are working out more sensibly, taking care with their technique and form. Doing movements which improve posture.

These are all very positive things and have been made possible through education and access to the knowledge of exceptional trainers, doctors and physios through platforms like Instagram.

However, even though this massive improvement has taken place there appears to be a growing gap between what people are achieving and their perception and expectation of what they should be achieving.

Many, even though they are achieving great results, still believe that they are failing to meet the high standards they see on social media.

Being THE best is over-rated. Being YOUR Best is where it’s at

It’s great to have lofty goals and aim high. No question about it. Having that drive and determination will help you achieve, whether it’s in your career, personal life or with your health.

All too often, however, we get caught up on being THE best. Our use and exposure to such extremes is common now. With social media you can watch world class athletes train, billionaire business tycoons invest and listen to mindful monks inspire.

All from the comfort of your average home on an average day of the week. So average that it could make you feel inferior and as though you are not achieving.

The problem with that kind of mindset is it’s not based on reality. I challenge you to find me one credible highly successful business person, athlete or leader in their field that has had overnight success. It just doesn’t happen like that. It can’t happen like that.

To learn all of that knowledge and skill takes years and complete dedication. Many sacrifices and a burning passion to achieve it.

All very admirable skills and very desirable too. But that doesn’t mean that we should feel bad about not being able to achieve their level of success.

Being Average is Excellent

My point is there is nothing wrong with being average at something. In fact, I’d argue that being average is awesome. Here’s why:

Most highly successful people do not live like that. They live at the extremes.

Extremes are not usually suitable for most people. That’s why they’re called extremes. Extremists have strange perceptions about what is normal. As a result, they can push themselves to achieve incredible results but usually at a huge cost to other areas of their lives.

The extreme athlete who trains 40 hours a week and is a professional will not have much of what most people would call a social life. They will eat, sleep, train, repeat. When they are not training they are resting or analysing how to improve their performance.

Everything is measured, calculated and controlled. For some this is what they live for. They love it. For most it is not.

But we only see their successes. When they’re on TV winning a race at a World championship. We don’t see the 6am starts in the cold, wet weather where they’re having to train exceptionally hard throughout the year. It’s not so glamorous and incredibly hard, both physically and psychologically.

My point is that we needn’t compare ourselves to the things we see on social media. There is nothing wrong with being what you might think of as average.

Being average has a lot of perks. You get to enjoy a wide variety of social events, travelling, sports and without too much pressure to perform or live like a monk.

Don’t be disheartened. Appreciate their achievements. Allow it to inspire you. But also be realistic and content with what you have at the same time.